Amy grew up in North Providence, RI where she currently resides with her family. She is a Compliance Consultant for CVS Health and has been with the company for almost 10 years. Amy has her Bachelors of Science in Business Operations and Project Management and is currently attending Southern New Hampshire University working towards her MBA.
She has 3 children, Zoey, Lucas and Owen. Amy is married to her husband Nathan since October 2014. In her spare time she enjoys spending time with her family, volunteering, crocheting, sewing and trying new hobbies. She is also a board member for Greystone PTA as a Recording Secretary.
Ever since Amy was in high school she knew that one day she wanted to start her own non-profit organization. After the frightening experience with her son, she knew exactly what she was meant to do, which was to start the Cuddles of Hope Foundation. 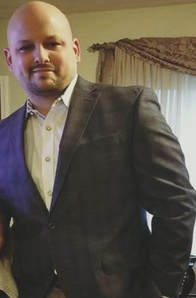 Nathan Antone grew up in Smithfield, Rhode Island. He graduated from Salve Regina University where he obtained his Bachelors of Arts in Administration of Justice and he received his Masters Degree in Cyber Security from . Nathan now attends Southern New Hampshire University working on his Masters in Cyber Security. He works Security at Fidelity Investments where he has worked for 8 years.
​In his spare time, Nathan enjoys spending time with his family and making memories with his children, Zoey, Lucas and Owen. He likes doing projects around the house and watching the Patriots.

Charles Gibney resides in North Providence, RI with his wife of over 30 years. He works as a Manager of Estimating/Project Coordinators for Trimark United East. He has 3 children, Alicia (35), Christopher (33) and Amy (30). Charles also has 6 grandchildren who he loves spending time with.

Zoey and Lucas are the children of Amy and Nathan and Charlie's grandchildren. They love spending time with their family and playing with their cousins. When it is time to put the Cuddle Bags together for the kids, Zoey and Lucas love being part of it and knowing that they are helping make children smile.